Guest blog by Charlotte Melleno: “If you cry, I will never tell you how I feel.” Part III 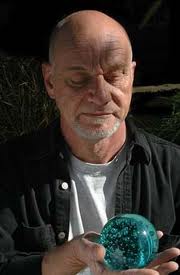 This story about an Enneagram 5-Observer type from The Enneagram of Death – Helpful Insights by the 9 Types of People on Grief, Fear, and Dying  is infused by the feelings and style if its Enneagram 4-Romantic author.

When Frank was first diagnosed, I asked if Don could help him. He said, “Don has to take care of his mother, and besides, we don’t love each other.” I said, “That’s baloney. He loves you and I think your willingness to spend ten years of Saturday nights with anyone is, in some way, a love connection for you.” He never really admitted that, but the week before his death he told me how grateful he felt to Don for all his support and how surprised he was at Don’s generosity. Frank was so fearful of being encroached on by anyone and was so suspicious of people’s love for him, he barely gave it credence. He found rejection and struggle a headier and more exciting, albeit painful, experience.

He talked with us about his funeral arrangements and intended to look into Hospice and make a will. All of this was normal Frank, tried and true.

What surprised me was the person who emerged after he was given the news—an open and unguarded man—one I had rarely seen since we first met him thirty-six years prior in an encounter group at San Francisco State. His father, a high-ranking officer, who didn’t meet Frank until his second birthday, had denigrated his early, loving relationship to his mother, and called him a sissy when Frank showed more interest in books and music than sports. Since his father put down self-expression and his mother took any expression of negative feelings personally, he had developed a poker face by the time he was six. Then, the fledgling human potential movement opened Frank briefly to a beautiful vulnerability that I fell in love with. Now, these two Franks braided together in an unusual manner. Once unwilling to express his needs for fear of indicating weakness, he now drew up a list of simple house rules for visitors, beginning with a brief explanation of his illness. He asked for help in an assertive and direct manner:

Please put food back in the refrigerator exactly where you found it.

Please hang up any clothes, books, or items you may have moved during your visit.

Please take down the trash when you leave.

At the time, I’d been ill for almost four years and many household chores had become difficult, but I never thought to hand out a list to my friends asking them to be mindful in order to ease my physical suffering. He was teaching me something about being entitled to ask for help.

More surprising was how the news shook the starch out of him and loosened his tongue. He began to talk with other people in an easy, eager, and comfortable manner. Our mutual friends had never seen him so easy-going nor heard him disclose his feelings in such a vulnerable manner, accompanied by dark humor.

He had never cared much about money nor saved for retirement and only began to make more than a living wage in the last ten years of his life. His main ride at sixty-six was still a motorcycle. He didn’t own property and had feared that once he grew old he’d have to depend on the kindness of friends or move into a senior residence like the one he had managed as a facilities director in his early forties. It would take more than his social security to feed his love of travel, learning, and adventure. He had retired as a young man—having adventures, visiting exotic countries—and only buckled down when our son was born shortly before his fortieth birthday. “There’s a certain relief in going out before I have to worry about how I’ll support my old age.”

I realized I had passed his test when I didn’t cry after he told me his diagnosis. Over the next month, he called me more often than he had in the previous six. Sometimes, just to give me the news of the day; the family member he had told, how different it felt to connect with other people, the internal freedom he had never known. The watchfulness deep in the back of his skull was gone.

“I spoke to Mary Lou yesterday,” he said, referring to his closest Aunt, who had, herself, been living and dying with lung cancer over the past year. “After she got sick, I began to call less and less. I didn’t know what to say. Poor Mary Lou.” They had been so close when he was small. She was only twelve years older, his father’s little sister. “Now, we’re like Chatty Kathy,” a talking doll from the nineteen-fifties, “We don’t want to stop.”

I heard the pleasure in his voice and realized he was also talking about us. “No one else knows what to do with me,” he said. “They’re all giving me advice. I’m just delighted with you.” Shortly after, I received a text, “…a bushel and a peck and a hug around the neck.” These acts of tender openness meant the world to me. It was as if his dying had opened a vault, a safety deposit box. 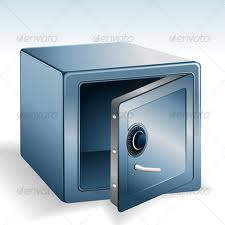 Charlotte Melleno is a Marriage and Family Therapist living in San Francisco CA.

Read Part IV of on this blog, the last installment, on December 25.

Visit Elizabeth’s updated web site to check out her books, CD, articles on Beethoven and introverts, cartoons  and videos, and Famous Types page.

Read What I Learned about Prisons at My School Reunion and “The Enneagram as a Standard for the DSM” in Elizabeth’s recent Psychology Today blogs.

Save the date for  FINDING OUR WAY HOME February 9, 2013 in Chicago with Elizabeth and Ruthie Landis. A day long workshop. Please see https://ewagele.wordpress.com/about/

On May 25, Memorial Day weekend, Saturday at 7:30, Elizabeth will speak in the South Bay Area in California. Save that date too.